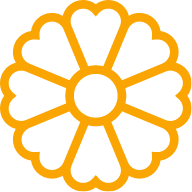 Then and Now: Arizona’s Cannabis Market

The roots of cannabis within the United States run deep. Our founding fathers revered the plant, and its cultivation was celebrated on the ten-dollar bill as recently as 1914. Oddly enough, the Treasurer that signed that hemp-papered cash would later lead the racially charged agenda to federally ban cannabis.

As cannabis thrived in Black and Mexican communities in the 1920s and 30s, “reefer madness” propaganda set into the psyche of the mainstream, and 1937’s Marihuana Tax Act (basically) made weed medically and recreationally illegal. While that was eventually overturned, the Controlled Substances Act of 1970 replaced it; cannabis was categorized as a Schedule I drug (alongside heroin and LSD), and it remains there today.

Arbitrary classification aside, cannabis consumption continued, and its medical recognition grew leaves and bounds. After some decriminalization efforts throughout the 1970s and 80s, California became the first state to legalize medicinal cannabis in 1996 – some 50+ years after it was outlawed. Other states soon followed, including our home state of Arizona in 2010. (For the record, we did put medical cannabis on the ballot in 1996, but its victory was thrown out based on a “technicality.”)

Cannabis is now entangled in national debate, ping-ponged between each extreme of the political and social zeitgeist. Recent polls show that more than two thirds of Americans support its full legalization; however, only 19 states have brought that to fruition. Thank ganja, Arizona is one of them. Since passing Proposition 207 to make recreational cannabis legal in 2020, it’s clear that cannabis is here to stay.

There are now over 120 dispensaries throughout Arizona and sales have been on the rise since shops opened, exceeding all green expectations. Sources vary on the exact number, but the Phoenix New Times reported 1.9 billion dollars in sales – an impressive marker that is higher than any other states’ first-year rollout of recreational cannabis.

One reason Arizonians have embraced cannabis with such full force may be due to the wider array of products offered. From raw flower to pre-rolls, concentrates to creams, medical and recreational customers can get their hands on their preferred high. Here at Marigold, we have been helping our community do just that since we opened in our new space last summer.

With every patient and cannabis enthusiast that walks through our doors, our community grows – and we are grateful to be able to expand the love here in Phoenix with every interaction. We pride ourselves on being approachable as you navigate new legalities, strains, and ways to enjoy – really, ask us anything! Whether you are a first-timer or a savvy smoker, you will feel right at home at Marigold.

Having just celebrated our one-year anniversary, we are anticipating this next chapter to be even more exciting. There are launches from local and not-so-local brands on the horizon, upcoming events to give back to this community we so appreciate, daily deals to encourage you to try something new, and of course – plenty of good vibes to go around.

Wondering what to do with your product packaging? Bring it in! Find out more about...